Happy Cat Day to all the crafty cats and cool kitties out there, from mane man, cat brother Tiger!  Former skinny flea bitten rescue kitty Tiger was a very spoiled senior cat when this post was shared. From rough start to jet setting international moagie of mystery. Meowvelous! In honour of Cat Day (every day in a cat’s opinion) here are nine fun creative ideas and cat crafts.

In celebration of Cat Day, we’ve rounded up nine (of course!) pawesome project ideas to inspire creative cat lovers. From the kitchen to the craft room to the garden, let’s have some fun. Meow! 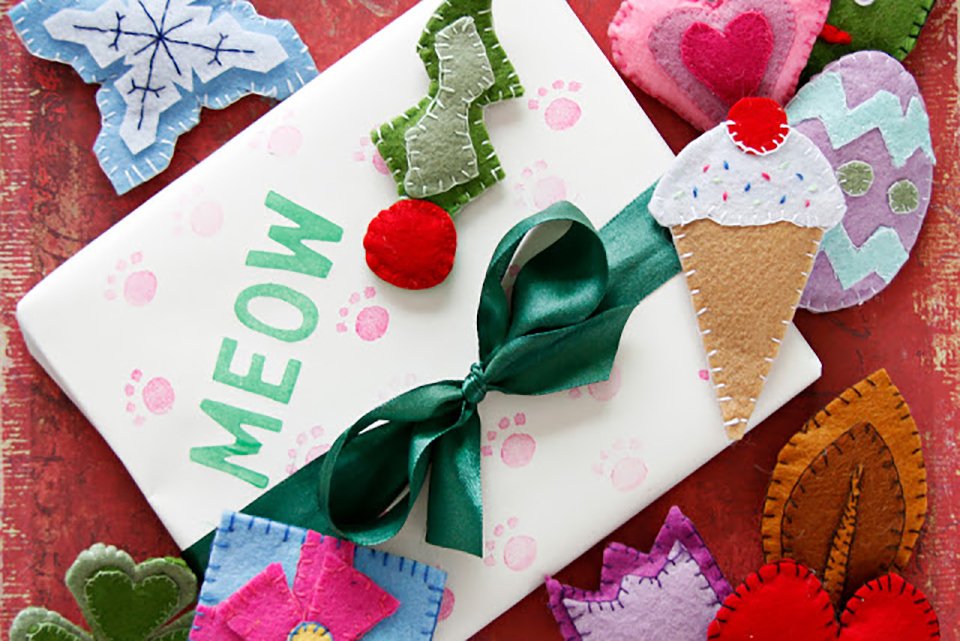 I am the first to admit that our dogs get a lot more of my time in the kitchen than the cat. It is not for lack of kitty love. It’s a combination of Tiger’s particularly picky tastes and general feline nutrition.

Cats are obligate carnivores, meaning that eating a meat and protein based diet is a biological necessity for our kitties. They don’t need to eat other foods, such as carbohydrates or vegetables and their bodies aren’t built to digest them with full nutritional benefit. That doesn’t mean they can’t eat any non-meat foods, but careful moderation is best – especially for kitties with sensitive tummies.

I’ve been keen to come up with something that Tiger will really enjoy ever since he went wild over the smell of the dog’s tuna treats while they were cooking and cooling. So far, most baked treats will only warrant a passing sniff or small nibble. There are two notable exceptions: cooled bone broth and homemade jerky treats. The latter he prefers plain (no marinade or seasoning) and happily nibbles meat or fish. Pawfect! They’re easy to make and plain meat-based foods are well-suited to his diet, when the dogs are willing to share.

Here is a round up of inspirational cat treat recipe ideas. If you have one that your cat loves, please share it with us so that Tiger can give it a taste test! Check out the homemade jerky dog treat recipes here on the blog, too. As noted above, Tiger’s very picky and won’t eat most of the homemade baked cat treats we’ve tried, but will happily steal his dog brother’s jerky treats.

Looking for more purrfect ideas for crafty fun? You can explore our cat brother Tiger’s creative cat project posts in our archives. We also let him keep his own special DIY cat board with our other doggone great Dalmatian DIY Pinterest boards. Many of the DIY projects here on the blog can be adapted from dog DIYs into cat crafts by swapping the text, images, or resizing to suit your creative cat ideas.  From our crazy fun filled fur family to yours, have a great Cat Day! Meow, cat friends! 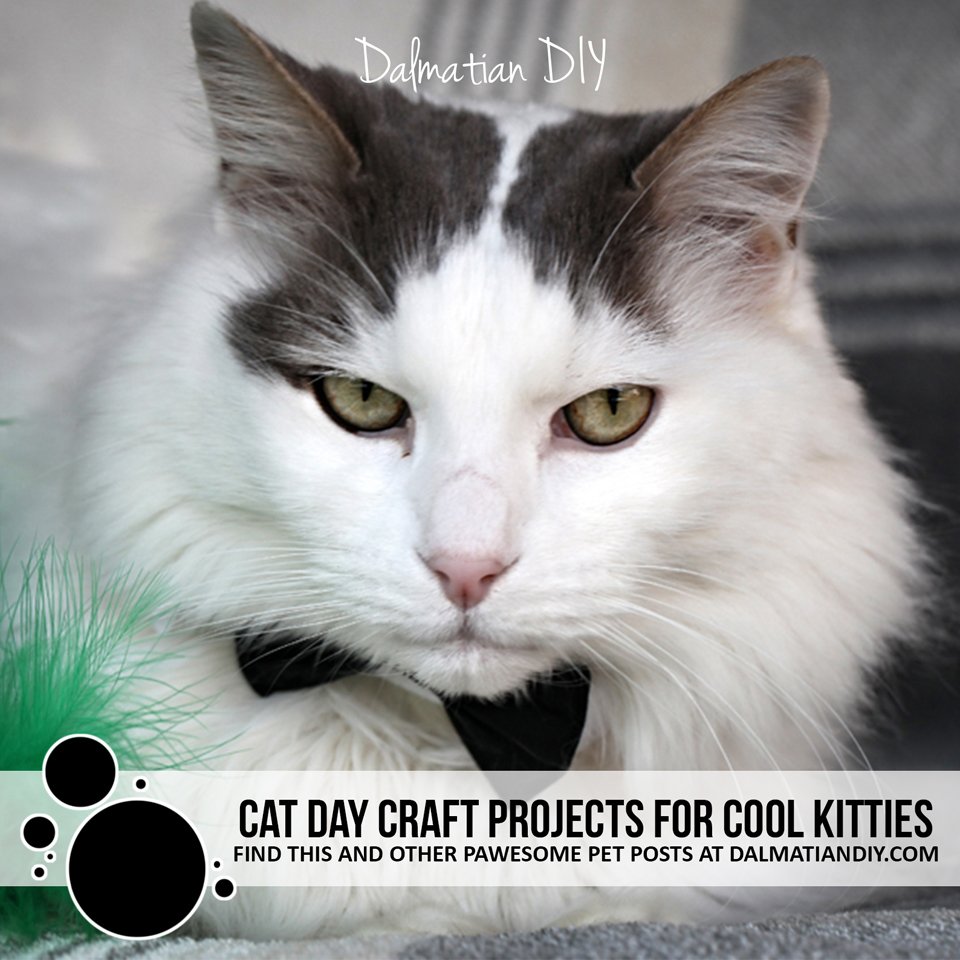