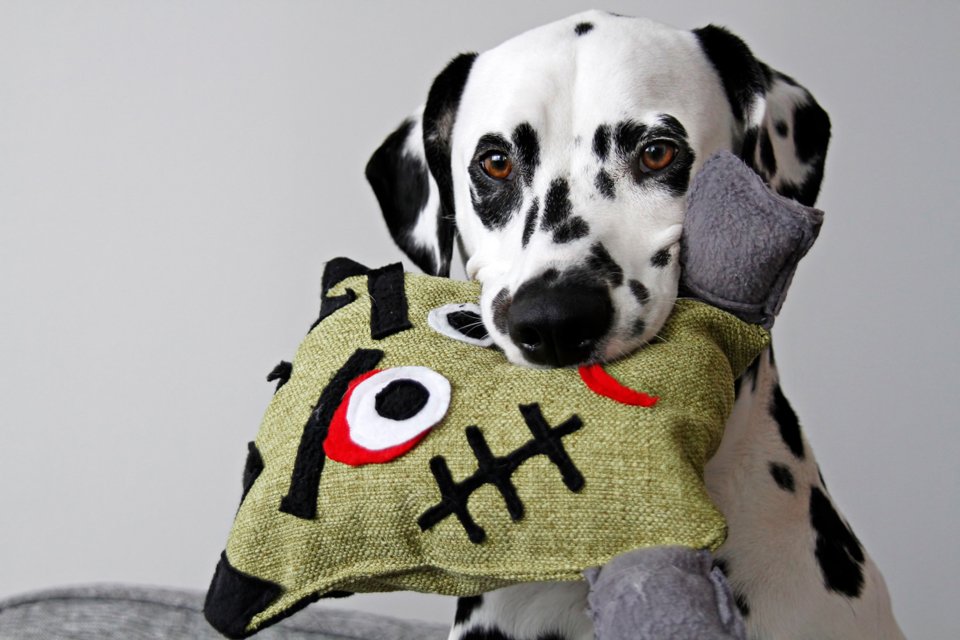 Check out our frightfully fun Frankenstein DIY Halloween dog toy! Stuffing and squeakers? Yes indeed. Humphrey is a very happy little lad indeed. Frankenstein is pretty doggone popular with Oli as well. Perhaps he was wrong about being excluded from bliss after all! Hehehe…

Stuffed dog toys follow the same basic principles as you would use if sewing (or buying) for a small child – no loose parts to nibble free and everything securely stitched into a sturdy toy. It is particularly important to know your pet and how they play before making or buying toy. Not all toys are suitable to all pets. Check out our post on toy safety for helpful links and resources.

One of the fabulous things about making a monster is that a little imperfection is perfect! You can easily scale the project to suit the size of your pet. Cat brother Tiger has his own matching mini-Frankenstein homemade felt catnip toy. 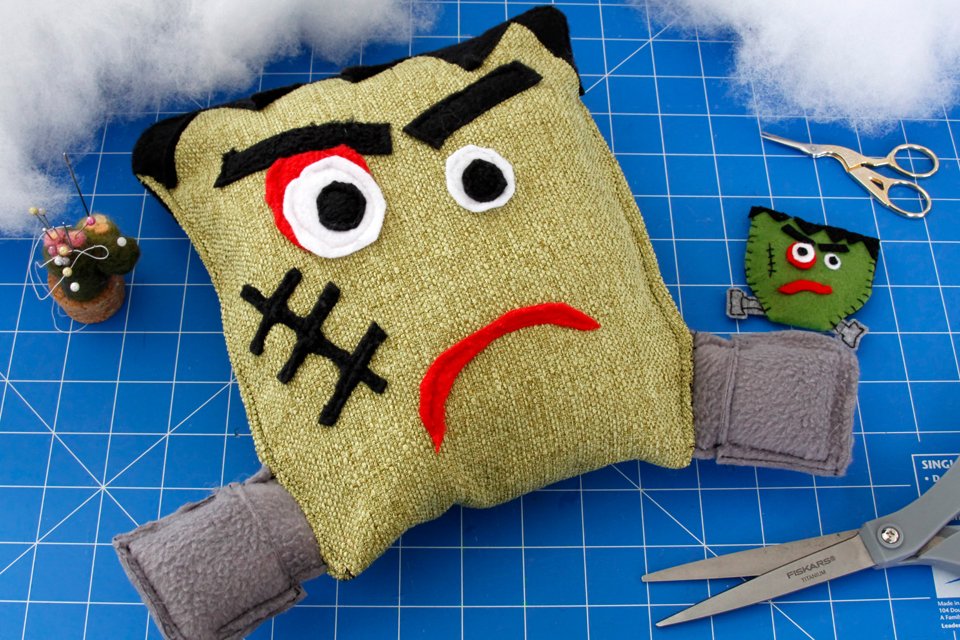 To make your own Frankenstein toy, you will need sturdy green, black, and grey fabrics plus some additional accent scraps for the face (fleece works well for accents as it doesn’t need the edges finished), complementary thread, stuffing, squeakers (optional) and scissors/sewing tools.

My Frankenstein was made with a scrap of heavy green upholstery fabric with a bonded black fleecy backing. It is ridiculously tough stuff! Frankenstein was so durable that I went searching for more of the same type of fabric for making other stuffed toys.

Cutting material for the Frankenstein head:

Tip: You can cut fleece slightly over-sized then fine-trim edges after sewing if needed for small pieces. This is particularly helpful for adding the scar, as shown.

Stuffing and finishing the toy:

*Note: This is why we positioned the hair just higher than the head. Fleece is non-fray, so the raw edges don’t need to be turned inwards. My heavy duty materials were pretty tough for sewing when doubled over with the extra layers. I was worried about it being too thick with the addition of the fabric and fleece, especially at the corners of the head. This proved much easier. You can, of course, flip these edges inwards instead, if you wish. 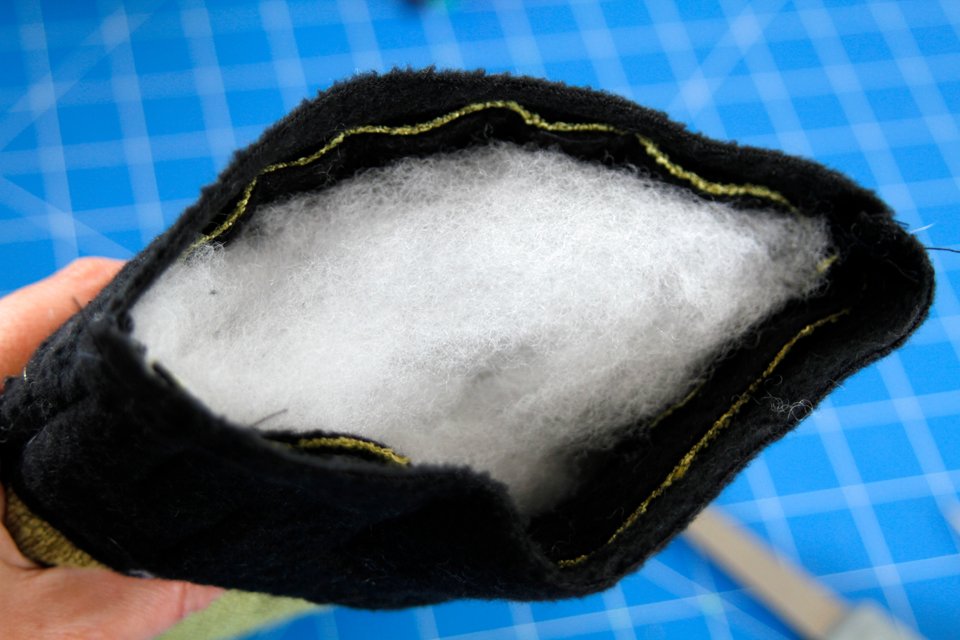 The boys have been having tons of fun with Frankenstein. Thus far, he’s holding up pretty well (very tough fabric!), but I suspect his neck bolts will be their first victims. However, with the way that Frankenstein was assembled, the monster face itself will still be sturdy (or easily repaired) without them, if and when that time comes. At least until Humphrey the Ripper eventually manages to vanquish the monster itself in an explosion of stuffing!

If you want a sturdier toy, these bolts would need to be made with something other than heavyweight fleece. Or you can omit them all together and just go for a fun monster face instead.

🚨 Safety first, furfriends! Remember, no matter what a toy is made of or how it’s made, toys are meant for supervised interactive play. Know your dog before giving him or her any new toy. Some dogs try to eat toys or parts (whether bought or handmade) and that’s dangerous. Toys are for playing, and playtime is always safer (and more fun!) with you involved. You can read more in our dog toy safety post, including tips and helpful links for safer playtime. Have fun and play safe! 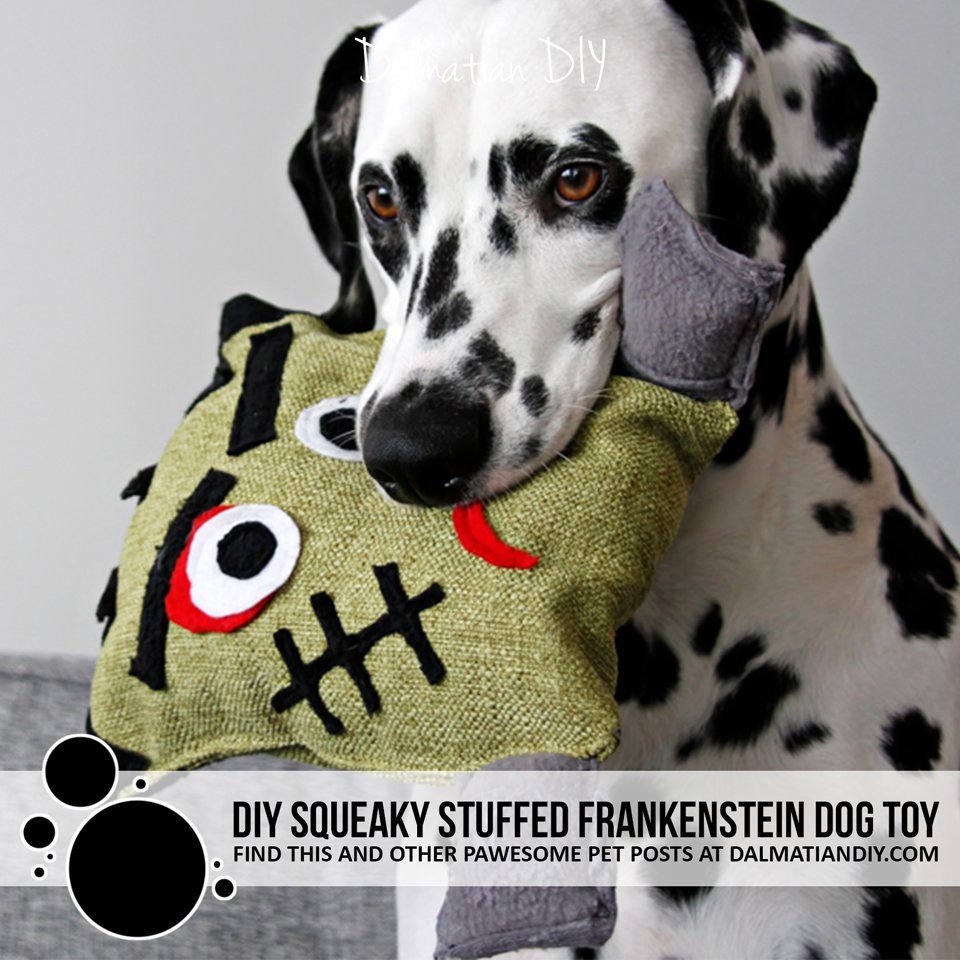 LOOKING FOR SOMETHING ELSE? DIG INTO OUR POST ARCHIVES:

By continuing to use this site, you agree to the use of cookies. Mmm...cookies! They help to ensure that you get the best user experience and support free visitor access to our website.Got it! Thanks!More Information