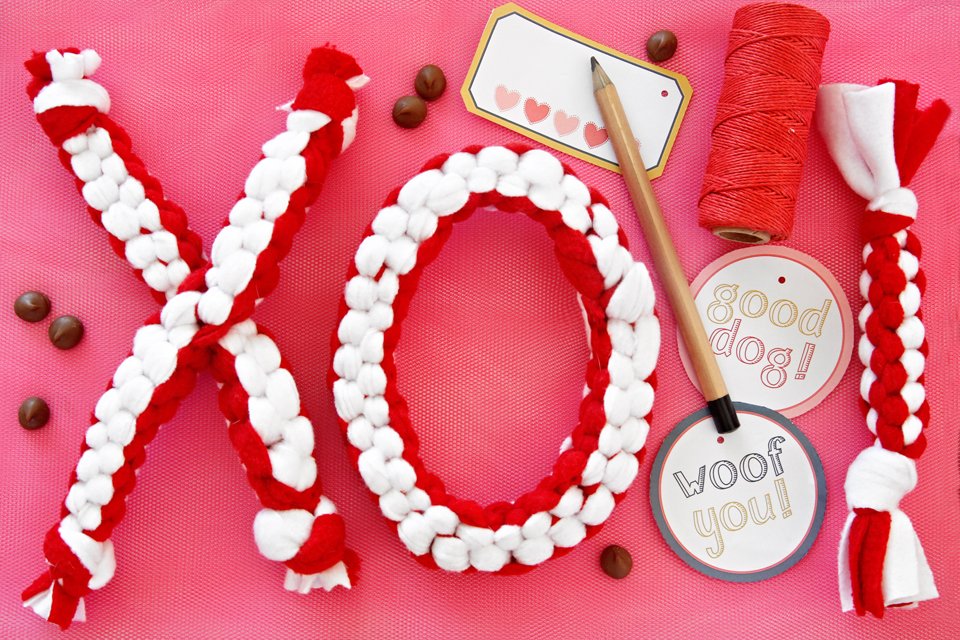 Smooches pooches! We have a special Valentine’s Day dog DIY to share with you today. Tug toy hugs and kisses! These DIY Valentine’s Day dog tug toys are made using our easy square knot weaving method, but with a few extra steps to make one tug into a closed circle for the O and combine two tugs to form an X. Here’s how the Valentine tug toys were made.

An Oldie But a Cutie

This DIY Valentine’s Day dog tug toy set were some of the first special shaped tug toys created and shared on the Dalmatian DIY blog, many years ago. My weaving and shaping techniques have gotten a lot more refined over the years. Although these tugs may not be quite perfect, the basics of making these simple shapes remains the same. And this is yet another example of my common saying that the dogs don’t care about perfect looks, just fun! Not up to making shapes yet? You can, of course, just make a simple woven fleece dog tug toy in Valentine colours, like our exclamation point, if you wish. The dogs will feel the love if you have fun together no matter what the shapes or colours.

A basic box knot tug toy is made with four long narrow strips. Our X toy combines two short tugs, intersecting in the middle (eight strips total) and our O toy uses one longer tug (four strips), joined at the ends to form the circle. If making a matched set of XO toys, you will need roughly half the length for of the X as used for the O. You can scale the toys by altering the width and/or length of the fleece strips, making the tugs larger or smaller to suit your dog and your fleece options. See our post on fleece tug toy sizes for tips.

If you’d like to switch from a box knot square weaving style to a simple spiral weaving style, the materials are the same.

Weaving a Circle Tug for the O (Hug Tug)

Weaving a Crossed Tug for the X (Kiss Tug)

Weaving the tug toys to the intersection point:

Note: In the intersection shown here, I exchanged strands per the option. Alternatively, you could split the strands or pass through in two layers for security. If a tug is woven with all the through strands passing through together as a bunch with no separating strands from the other tug or strand swaps, the intersection might get pulled through during rigorous stretching and play, separating the two tugs of the X. 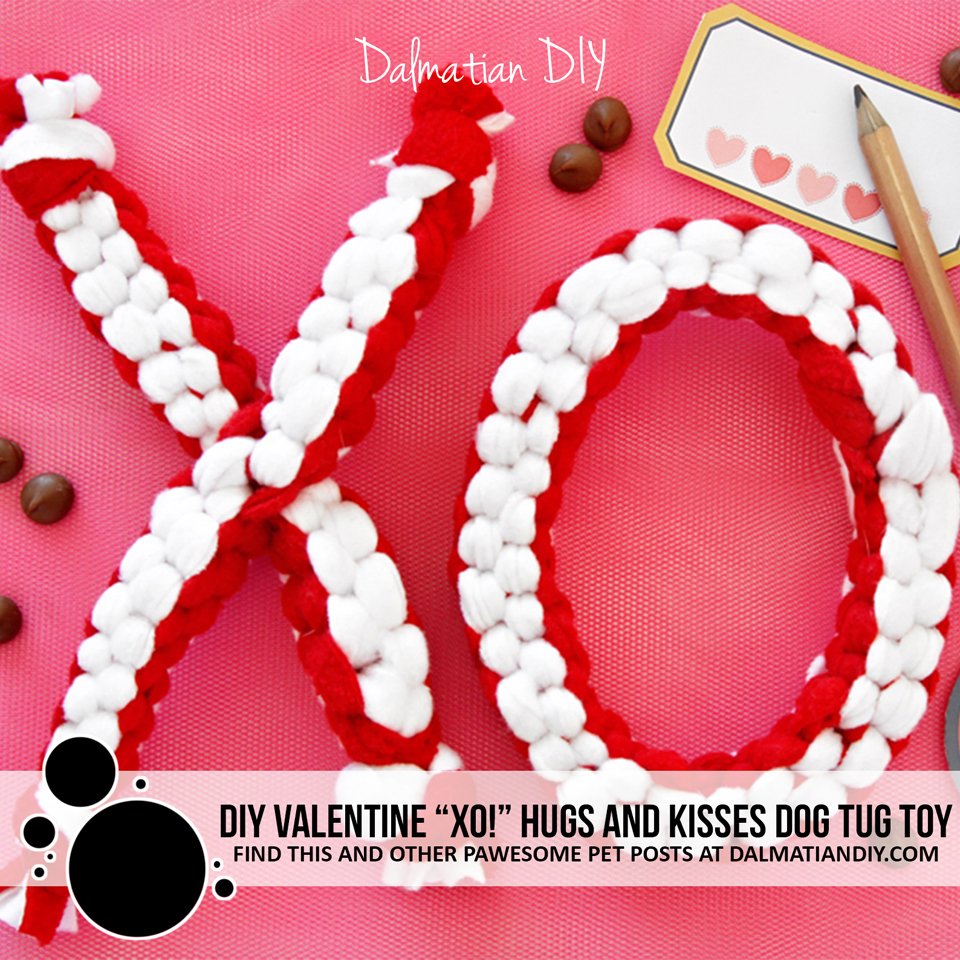