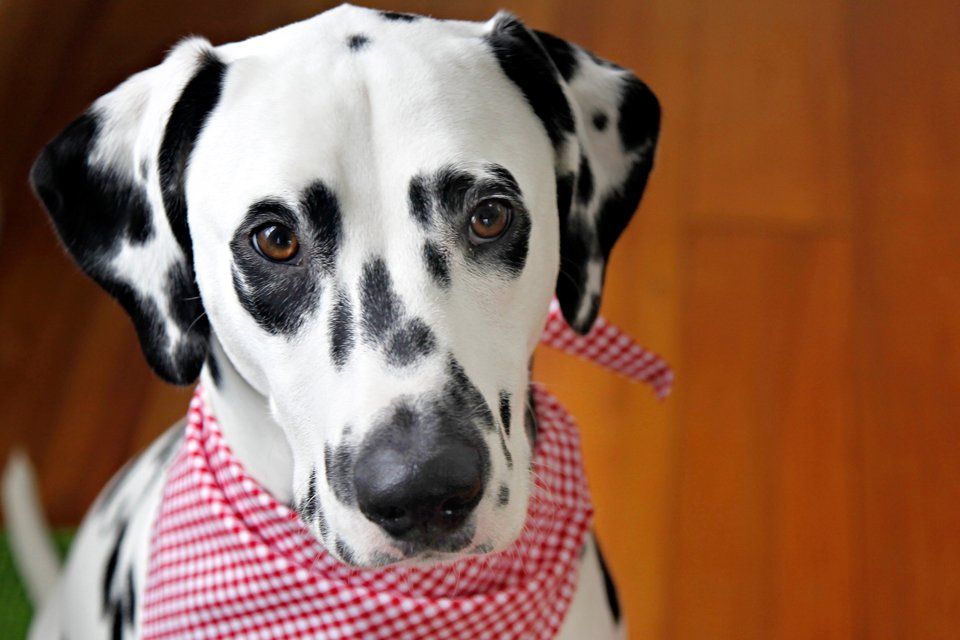 It’s Humphrey’s first birthday! Our little puppy is (almost) all grown up! We like to go big for special days in our furfamily, and the first birthday is an extra special milestones. Here’s a peek at Humphrey’s dog birthday party for some of our DIY dog barkday pawty fun.

Humphrey celebrated his first birthday in style last week, along with his adopted furbrothers. Oli has done a great job of mentoring and tolerating a puppy. Tiger is a little less tolerant, but the boys have reached a cautious truce. Humphrey is such a big lad now that its hard to believe that he was ever quite this small. Look at that little cutie below! Now he’s a big cutie. It’s been a massive year for the little man. His arrival to our family started with his first plane ride. Then he slowly learned the ropes from senior dog Oli, who adjusted beautifully to having a little shadow. First beach trips, first river walks, first Christmas, and now his first birthday celebration. 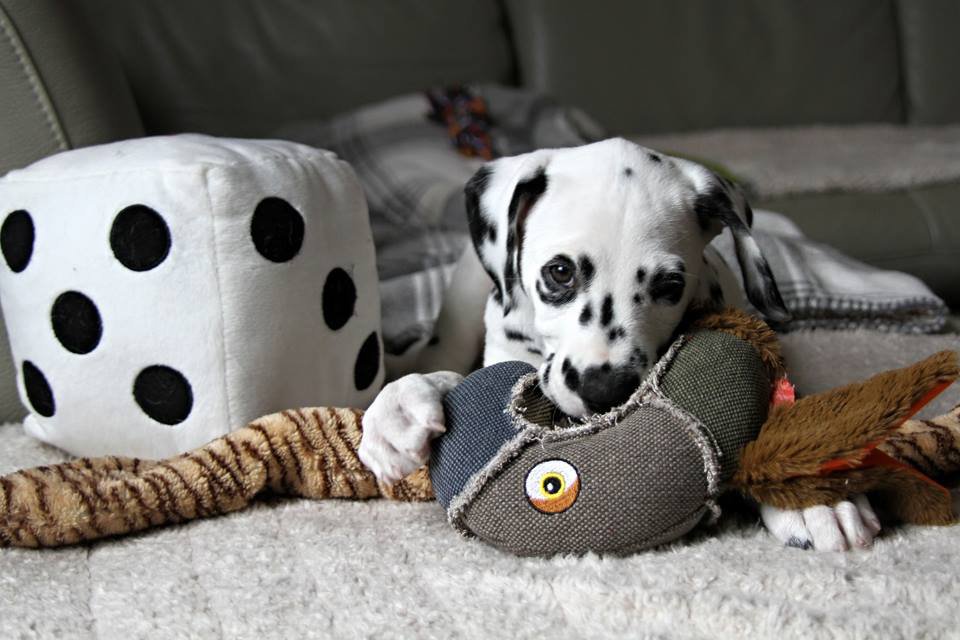 This was Humphrey’s first birthday, so we made it super special. I always do a little something special for our pets, so he’d already gotten a taste (literally) for the celebrations with Oli’s birthday earlier this year. We were busy with renovations, but not too busy to bake a cake and surprise the boys with some new toys. Every milestone together is a great excuse to have a little extra fun and make some memories. 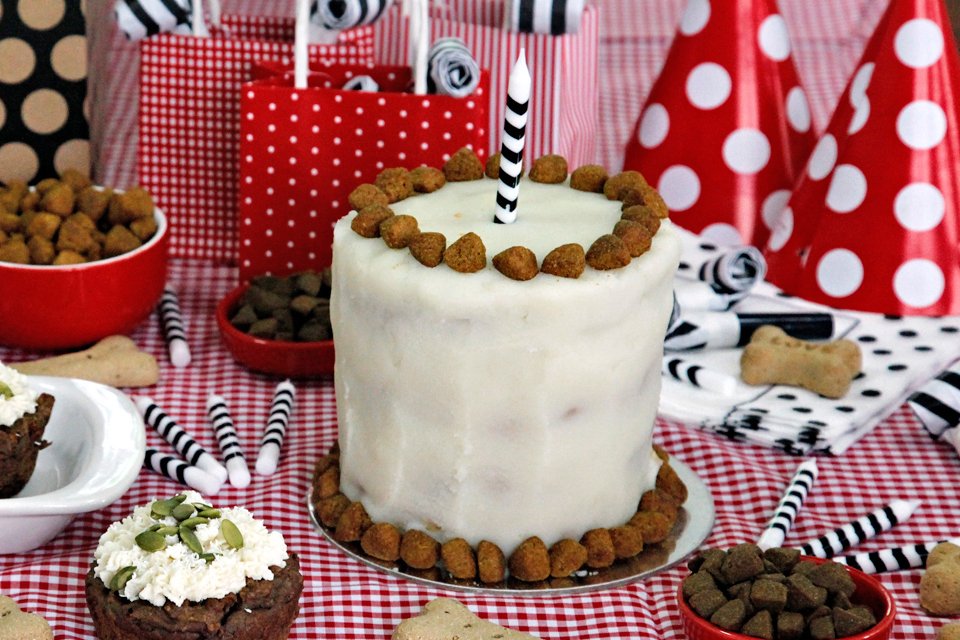 We went a bit crazy for the big 0-1 and made both a DIY dog birthday cake and pupcakes. The cake was a homemade tasty turkey meatloaf dog-friendly layer cake with mashed potato frosting.  The pupcakes were a more conventional carrot cake with cream cheese, but dogified to eliminate the added sugars and other doggy-no-nos. They were baked in muffin tins, but were sliced into little cake like wedges for a treat. Leftovers from both are now sliced and frozen for future special nibbles. We will be sharing the birthday party recipes in our upcoming recipe posts, so stay tuned! We can’t wait to share the recipes and more photos of these pawty animals. 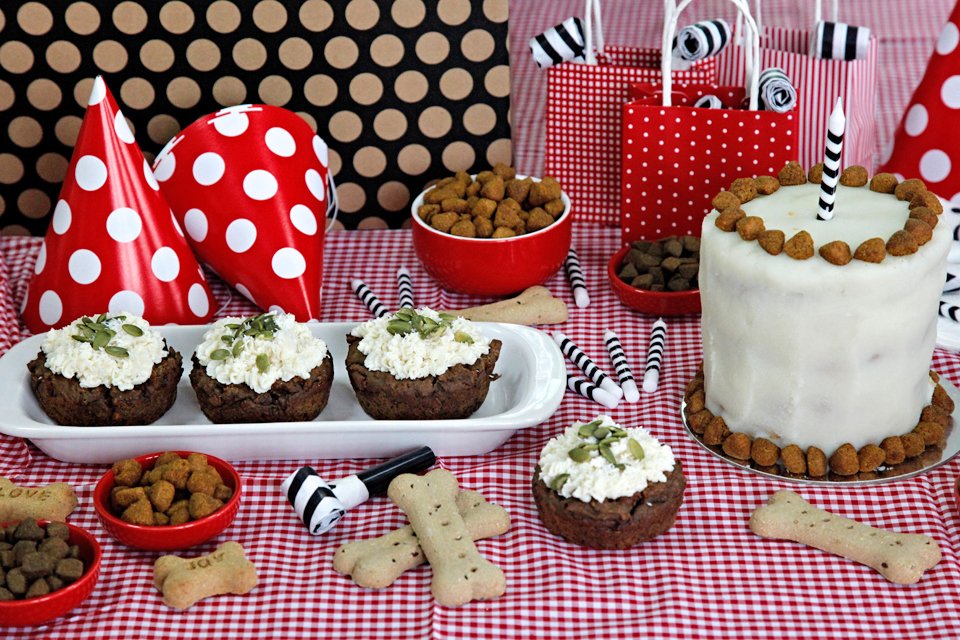 Of course, no party is complete without a celebratory outfit. Did you notice the handsome little bandana that Humphrey is sporting along with his (very short lived…hehehe…) polka dot party hat? It was a super simple DIY with very little effort, cost, or skill required. It’s an easy no-sew DIY dog bandana that you can make in minutes. We will be sharing the how-to as part of our party DIYs. 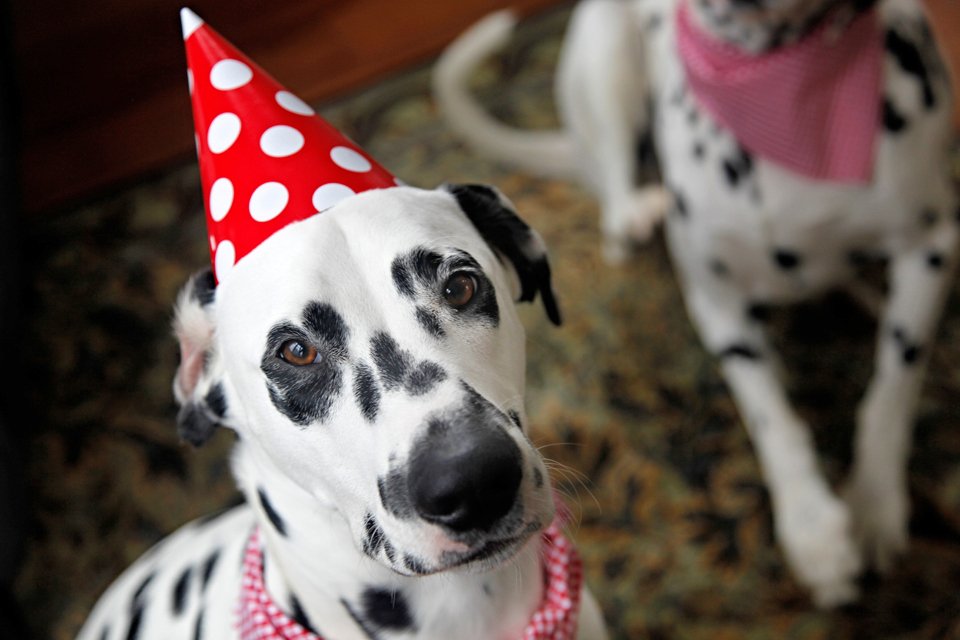 Thank you for all of the social media love you’ve shared with both our boys since we started this blog, and for the happy birthday wishes you’ve given to Humphrey on his first birthday. Whoot whoot! Love and licks from our furfamily to yours!

Looking for more celebration fun? Explore our milestone posts to grow up with the dogs and our blog over the years. You can also find all of our birthday-related content under the dog birthday party post category or explore the related topics below. Woofs! 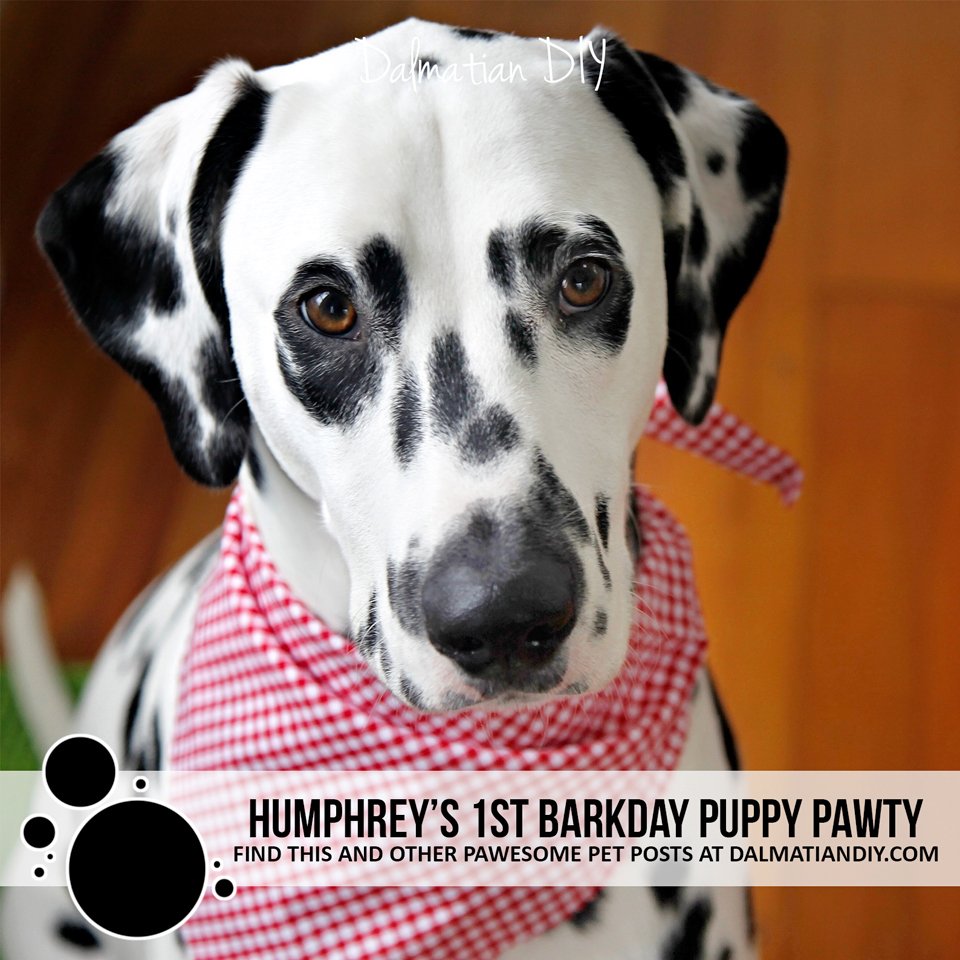