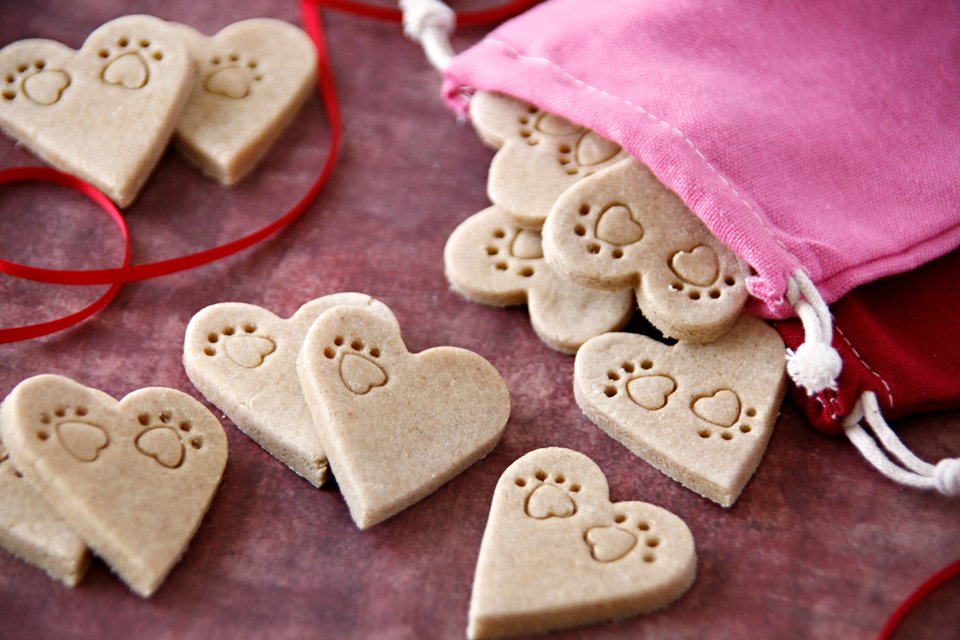 When Oli was in the early stages of recovering from his cataract surgery, he was very blind, highly anxious, and exercise restricted. One of the few joys I could offer was to tuck him onto a soft dog bed with the comforting anticipation of hearing me rustle around in the kitchen. He’d relax on the bed, surrounded by good smells and knowing tasty treats were being baked especially for him. The freezer became rather full!

But that was months ago you say! The plight of being dog blog taste testers (life is so difficult…) is always being ahead of the calendar. Posts are often prepped months ahead of going live on the blog. That means that tasty treats for special holidays are often months out of sync with the calendar. Not that the dogs care or complain. Haha! But it does mean that I will occasionally be sharing a photo or two of my beloved blind cone head long after the hated cone has been banished to the linen cupboard.

These baked biscuit Valentine dog treats use a simple and fragrant apple cinnamon roll-and-cut treat dough. It’s an adaptation of the same dough used for our apple  cinnamon Christmas plunger cutter dog treats. The boys loved the scent of those treats and I knew the dough would work well for cutting and stamping.

If baked biscuits aren’t you’re thing or you prefer treats without flour for your Valenpup, the doggone delicious scents of apple and cinnamon are also great in gummies, like our spiced apple gelatin gummy dog treats, or frozen treats, like our apple pie pupsicle dog treats. Remember that Ceylon cinnamon is the recommended variety for dogs (see the tips and tricks at the end of the post for more). You can also swap it for another doggone delicious add in, if you prefer, or leave it out.

This recipe was adapted from our Apple Cinnamon Christmas Dog Treats. Cutting shapes or decorating with stmped designs as shown is is optional. Any roll and cut dough can be used to make hand formed treats (ball and flatten), pressed into a pan and cut to size, formed as treat bars, and more. See our simple shortcuts for making baked dog treats for more ideas.

Easy variations: If you’d like coloured heart treats for Valentine’s Day, this is a great neutral base for tinting with natural add-ins or dog-safe food colouring. Beetroot powder makes a great natural pink. In a chocolatey mood? Swap some of the flour for dog-friendly carob powder. 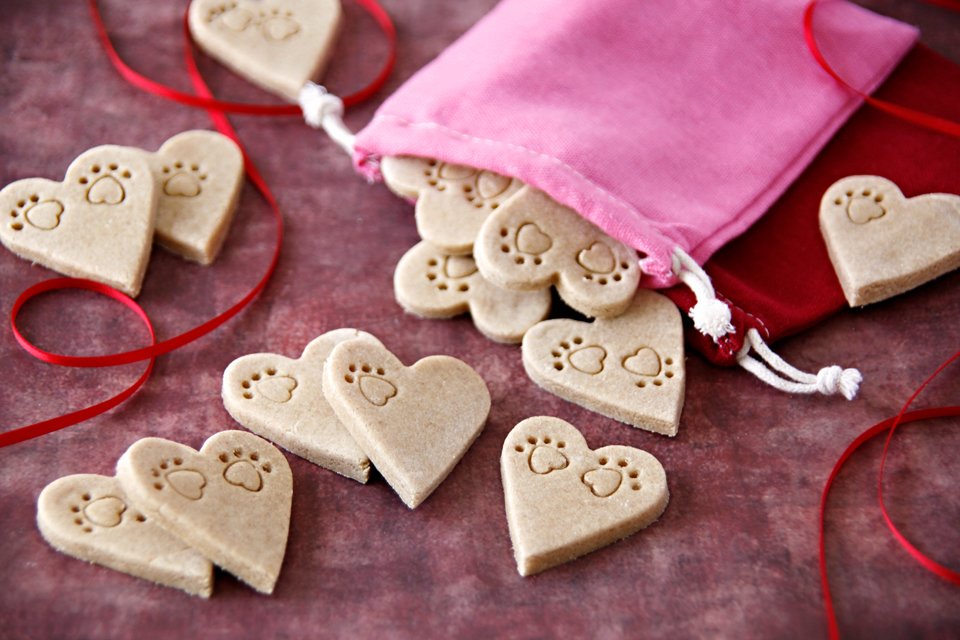 To make similar paw print heart treats you will need a heart shaped cookie cutter and something suitable for stamping.  The dough can be stamped with any clean food-safe items. Since I didn’t have a suitable food-safe paw stamp, I got a little creative with other kitchen objects. I created my own pitter patter puppy love paw prints on the heart treats with a mini heart plunger cutter and a toothpick. 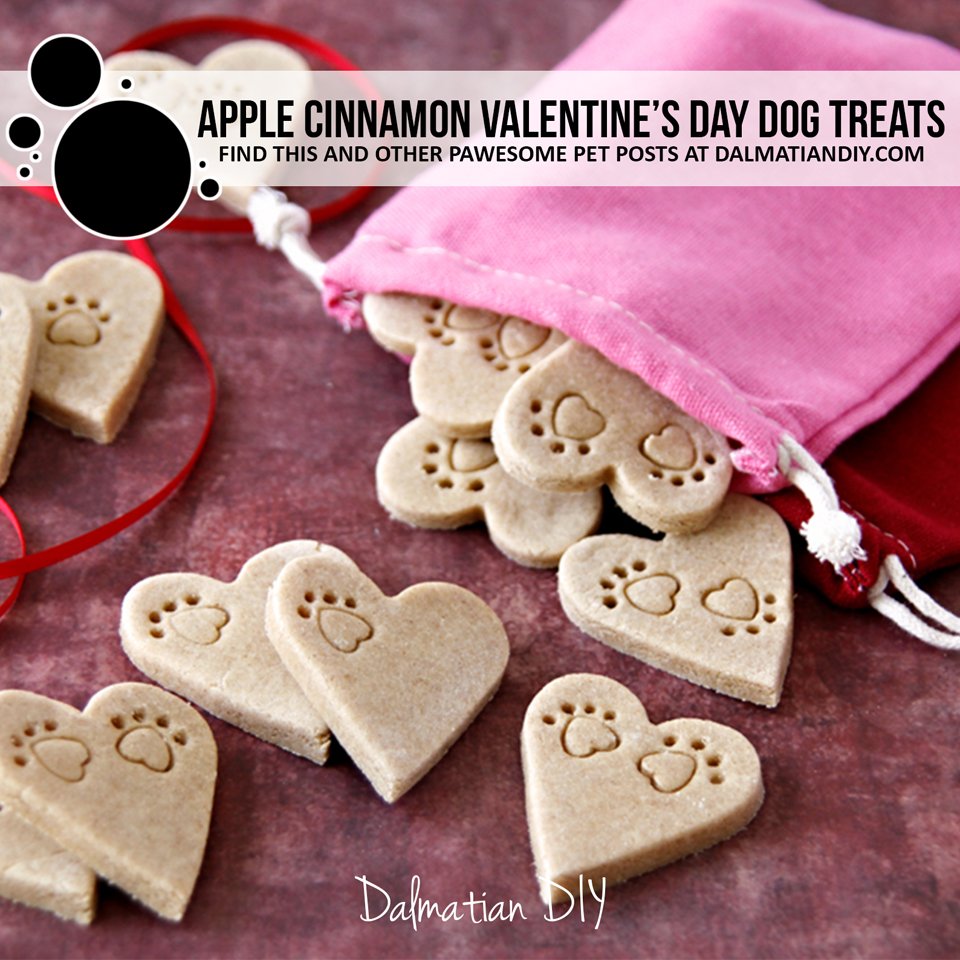